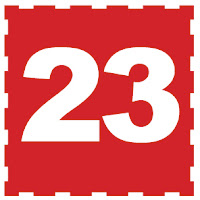 By all accounts my favourite country Christmas song is Nitty Gritty Dirt Band's lonesome-sounding "Colorado Christmas" that was written for the band by singer/songwriter Steve Goodman. It's about staying in Los Angeles and missing your home in the snowpeaked Rocky Mountains, touching and sentimental in the best of country music traditions. It was first released as a single in the late 1980's and became the opening track when the band re-recorded it for their 1997 release called The Christmas Album. Just beautiful.