Rune Berg - Pass It On

From the seventh best album of 2012, Hølå, here's the beautiful song "Pass It On" by Rune Berg. Berg, who used to be in The Margarets and still is a member of Number Seven Deli, may very well be among Norway's best songwriters. Far too few people have noticed that, he's probably too good. Nevertheless, Rune Berg soldiers on, and this autumn he has released his first solo album that is simply gorgeous. You can read my review here.

Now his friend and former The Margarets member Ronnie M.A.G. Larsen (who's also a noted author and joins Berg and former The Margarets singer Alex Rinde in another musical project) has recorded a home video for what is his favourite song off Rune's album, a beautiful and tender little ballad called "Pass It On". It's a fairly dark and atmospheric video where Larsen basically has filmed his two daughters in a pensive mood, all in glorious black and white, perfectly capturing the mood of the song. What a fantastic Christmas present he has made for his friend! 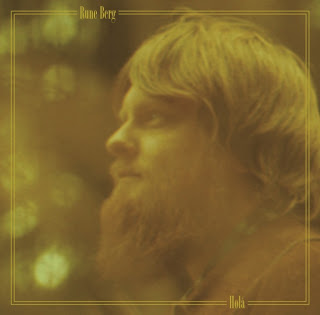