Electronica producer/composer/musician Jon Hopkins released his latest album Immunity late last year, a mostly instrumental collection of soundscapes, at times beautiful, at times distorted and somewhat ugly. It's an exciting record, with the intoxicating "Breathe This Air" as one of its highlights. The version you'll find below here is the single version, and unlike the album version featuring vocals by Megan James, Canadian electronica duo Purity Ring's singer and the added musical help of her Purity Ring partner Corin Riddick. It's an atmospheric, decidedly transcendental track, with Hopkins' trademark minimalist piano underneath a steady drum'n'bass beat and Megan James' angelic voice. "Breathe This Air" is simply a fantastic song. 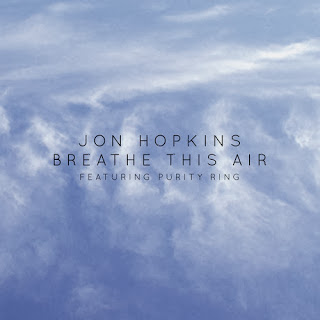