Prince - If I Was Your Girlfriend

Certain songs mean so much to me that they only seem to get better with time. Prince' classic "If I Was Your Girlfriend" off his 1987 masterpiece Sign 'O' The Times is probably among my ten all-time favourite songs, and it's my favourite Prince song by a long shot. I started listening to it repeatedly again as I contributed a list of my five favourite Prince songs in the book Shockadelica (order here) that was published this week. It tells an ambiguous tale of unconditional love that is hard to beat, and coupled with the amazing musical content it's got all the best qualities of Prince fitted into one song. It's erotic, it's melancholic, it's joyful, and a lot of other things as well, but first and foremost, it's a masterpiece. 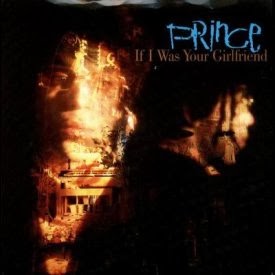