MC Hammer - U Can't Touch This

MC Hammer's monster hit "U Can't Touch This" still sounds great. It was released in 1990, sampling Rick James' awesome "Super Freak", and became a phenomenon far beyond that of an ordinary pop song. To quote Wikipedia, the "lyrics (in particular "U can't touch this" and "Stop, Hammer time!") became pop cultural catchphrases", and you instantly recognize the song when you hear it. It still makes me smile and it still makes me wanna dance. 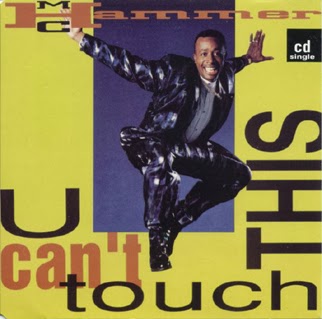