Depeche Mode - Behind The Wheel

Depeche Mode had a rather long transitional period, if transitional is really the right word. What I mean to say is that the Basildon Four spent quite some time between their poppy 1981 debut album Speak & Spell (written by Vince Clarke who left to do other things) and the rock superstardom that came with 1990's Violator album - and what they produced beyond that. The years inbetween were spent making albums full of "industrial" soundscapes, featuring pictures of hammers and anvils as part of their image, and slowly, in a large part I think thanks to Anton Corbijn's grainy black and white videos, building a more organic whole, as evidenced both in images and sound. "Behind The Wheel", one of their greatest singles - lifted from 1987's Music For The Masses - stands firmly in the middle of this transition. On one hand, it's a perfect melancholic synth-pop song, but with a rockier edge and a video that points toward Americana but is still very European in atmosphere. On the other hand, it's a perfect example of stadium- or arena-friendly pop music that they were right in the middle of buidling at the time. In any case, this is a true classic. 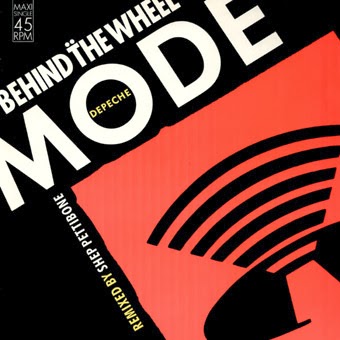