My interest in modern electronic music keeps growing as I hear more and more interesting acts. Many of them rely solely on computers but seem to incorporate elements that strike me as more "human" and organic as those of, say, Kraftwerk. I Break Horses is a Swedish act signed to the British quality label Bella Union (run by ex-Cocteau Twins Simon Raymonde and Robin Guthrie) and is pretty much a moniker used by Maria Lindén. Recently I saw I Break Horses opening for Sigur Rós, where they, as a trio, played a great set, creating vast electronic soundscapes that was a perfect aperitif for the evening's main attraction. Their debut album Hearts was released in 2011, and in a few weeks the follow-up album Chiaroscuro will be released. "Faith" is the album's hypnotic first single. 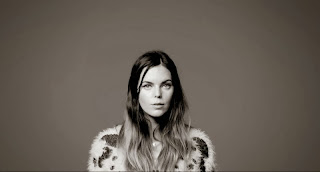