Sounding like a mixture of Mike Oldfield, Pink Floyd and Tangerine Dream, it's evident that French pop band Phoenix had come a long way in quite a short time when you hear the track "Love Like A Sunset" from their 2009 album Wolfgang Amadeus Pheonix. From their 2000 debut album United until this one, three albums and nine years later, there had been a significant leap forward in terms of experimentation, ingenuity, creativity and skill. Last year's Banrupt! album took them even further, in other directions, but that's another story. For now, do enjoy this almost fully instrumental track (there are vocals in the shorter Part II) which sounds fantastic. And for the best effect, play it loud! 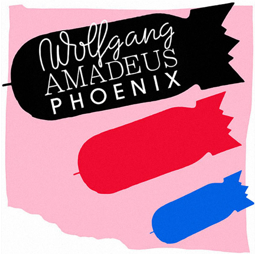