Ella Eyre - All About You

Two days ago I posted British singer Ella Eyre's "Deeper", the title track off her first EP released just before Christmas. Eyre is the singer with the sexy, husky voice on Rudimental's number one hit "Waiting All Night", and her debut album will appear sometime in 2014. As I've suggested previously it's an album worth waiting for, and further evidence lies in the great song "All About You", a teaser from the album that she put up on her Soundcloud page yesterday. Once again, it's dead catchy, modern British R&B, with that voice. Ella Eyre is 19 years old, and a superstar in the making! 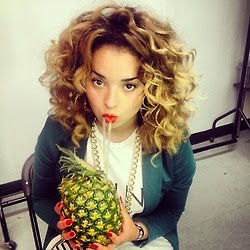