Gloria - This Must Be The Place (Naive Melody)

A few days ago I wrote about the Talking Heads classic "This Must Be The Place (Naive Melody)" from their 1983 album Speaking In Tongues and posted the live version from Jonathan Demme's 1984 concert film Stop Making Sense. It's a fantastic song, Talking Heads at their absolute best. A friend of mine then alerted me to this wonderful version by a Swedish band called Gloria from their 2003 album People Like You And Me. The band's singer Sara Isaksson has a beautiful voice which I have fallen completely in love with, and the band plays a faithful cover that takes on a life of its own. It was used for the soundtrack to a film by the Italian director Paolo Sorrentino from 2011, called This Must Be The Place, starring Sean Penn as an aging rock star.

In order to write this I looked the song up on Wikipedia and found this quote from David Byrne regarding the song's sweet lyrics which I just wanted to share as well. "That's a love song made up almost completely of non sequiturs, phrases that may have a strong emotional resonance but don't have any narrative qualities. It's a real honest kind of love song. I don't think I've ever done a real love song before. Mine always had a sort of reservation, or a twist. I tried to write one that wasn't corny, that didn't sound stupid or lame the way many do. I think I succeeded; I was pretty happy with that." So am I. Always have been, always will be, especially now that I have heard this awesome version. 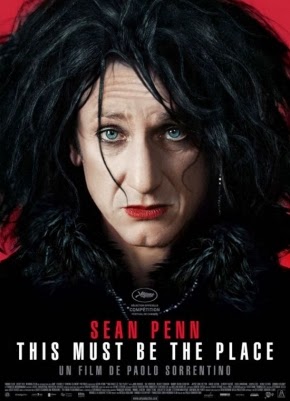