Katy B - Crying For No Reason

Will British dubstep princess Katy B become one of 2014's breakthrough acts? Although she did very well with her 2011 debut On A Mission, she is still a ways off world domination. That could change with the arrival of follow-up album Little Red on February 3rd. The first single "5AM" was a great dance pop song, and the new single "Crying For No Reason" is a big and bold pop ballad on which Katy sings beautifully. Less dubstep this time around than pure wonderful pop music, she just may become one of this year's big acts. If not establishing herself as the next Adele, she will attract many of the same people that have bought her records in millions. At least "Crying For No Reason" should be a huge hit. It's a wonderful song. 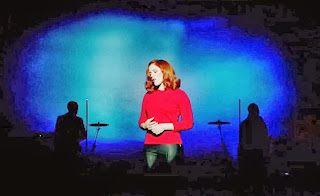