Back to the 80's when former Undertones singer Feargal Sharkey set out to become a pop star - and succeeded. "A Good Heart" was his third solo single, released in 1985, and boy is it good! The song was actually written by Maria McKee, known at the time for being the lead singer of American country rock band Lone Justice, about her relationship with The Heartbreakers' keyboard player Benmont Tench. It was produced by Dave Stewart of Eurythmics and featured Boy George on backing vocals, so you can safely say this was a star-studded affair. The song became a number one hit in several countries and still sounds fantastic. Also, I could listen to that voice forever! 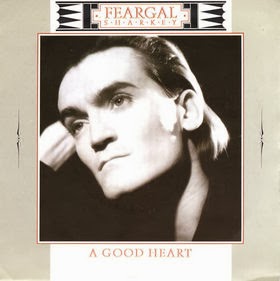