Settle, the debut album by British electronica duo Disclosure, was one of 2013's best and most exciting releases, a record filled to the brim with modern club music that is at once groundbreaking and very, very catchy. However that may be, some songs, such as "Voices", passed me by a bit, drowning as it did among some other very good songs. Now that it's been released as yet another single from the album, I've given it a few spins for reacquaintence's sake, and it strikes me as absolutely brilliant now that I've got it isolated in my mind. Also worth mentioning is the brilliant guest singer Sasha Keable whose homepage you should check out to download her debut EP Black Book for free. 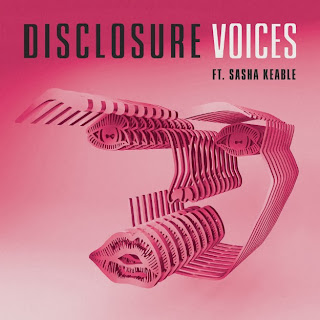