Yesterday Daft Punk was awarded four Grammies, including the well-deserved Album of the year, just like it appeared on my own best of 2013 list. They also performed the hit single "Get Lucky" at the awards ceremony with Pharrell Williams and Nile Rodgers, with the added help of a certain Stevie Wonder. To watch the performance, and not least to watch the audience reaction with Paul McCartney, Ringo Starr, Yoko Ono, Steven Tyler, Beyonce and many more dancing and singing along, is a fantastic display, and they also incorporate elements from Chic's "Le Freak", Daft Punk's own "Harder, Better, Faster, Stronger" and Stevie Wonder's "Another Star". Wish I had been there! 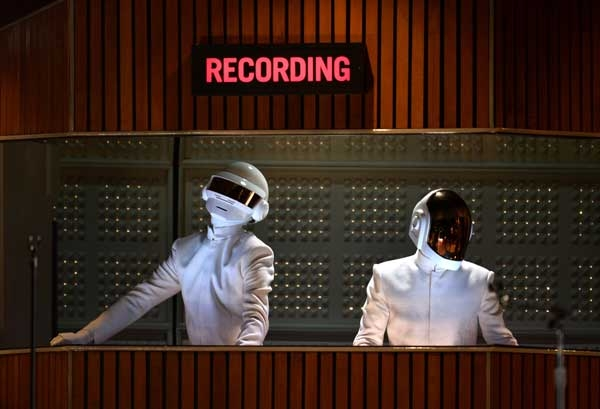