Rosanne Cash - A Feather's Not A Bird

The River & The Thread is the title of Rosanne Cash's new album, to be released in mid-January. Are we to judge at all by the sound of "A Feather's Not A Bird" the album should be a masterpiece, a record owing a huge debt to both the music and the folklore of the American South. This song, which is the opening track of the 11 song album co-written by Cash and her husband/producer/arranger/everything else you can think of, the estimable John Leventhal, sounds as the good people of Twangnation.com put it, "like it was born on the bayou". A fantastic song with amazing guitar playing, it's a prime taster for what is sure to be a killer album. Anyone thinking Cash would rest on the laurels of her success with the tribute album to her father Johnny, 2009's great The List, will have to seriously reconsider. 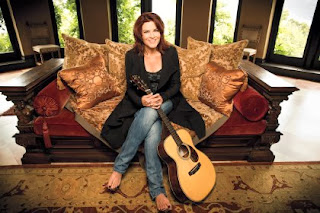