There is a reason why Aretha Franklin is called "The Lady of Soul". Her vocal register is one thing, the power behind her words and phrasing quite another and what really makes her stand out. She is without any doubts whatsoever the greatest female soul singer ever. "Sweet Bitter Love" is a stunning ballad, written by the great Van McCoy, about a hopeless romance, about getting hurt time and again, and when sung by Aretha it's so believable that you can't help but hurt right along with her. It's just one of those performances. It was recorded during her Columbia years, before she became really big, and was released as a single in 1965 - I think. It was also the title track of a Columbia Records compilation album released in 1970. 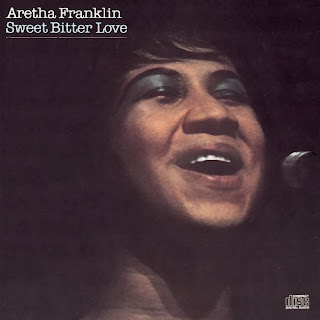