These days music has few limitations and restrictions. There's a DIY attitude going around that beats the punk rock "movement" hands down as anyone, and I mean anyone, can make music, distribute it, worldwide at that thanks to the internet, and also, if lucky, make a few bucks along the way. Darkside is an American electronic duo that released an absolutely excellent debut album this year called Psychic, a collection of largely instrumental pieces of a certain length that may be called a kind of blues music for the 21st century, channelling both B.B. King, Pink Floyd, Brian Eno, Suicide, The Orb and The White Stripes along the way. "Paper Trails" is one of the stand-out tracks, in its original form a five minute "almost pop song", in the live version below a semi-psychedelic free-form, atmospheric piece of ambient blues. Astounding in every way. 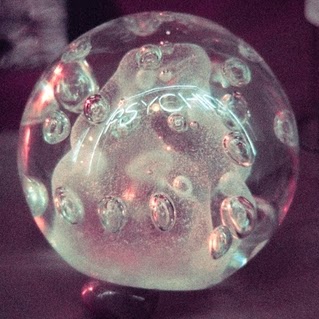