How true the title "It Doesn't Often Snow At Christmas" rings, not only for Pet Shop Boys and their fellow Londoners, but here in the middle of Oslo as well. But we're always dreaming, you know, of a white Christmas. Well, this Hi-NRG disco Christmas song is not about that at all, rather it's about how Christmas not necessarily is all it's cranked up to be for a lot of people. In other words, be kind to each other, this Christmas, and the rest of the year too! The song, by the way, was originally issued as a fan club single in 1997, but was re-recorded in 2009. The version below is live from the O2 Arena in London. 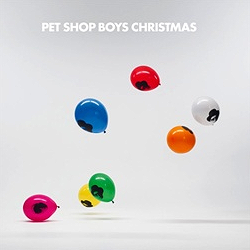