Last year record company Hear Music released a weird Christmas album, featuring newly recorded, mostly classic songs, by a curious pack of artists, ranging from Paul McCartney to fun., from The Shins to Calexico, from The Punch Brothers to The Civil Wars, and also including New Orleans living legend Irma Thomas backed by the equally legendary Preservation Hall Jazz Band. Christmas Rules as the album was named, clearly has its ups and downs, but Irma singing Louis Jordan's "May Ev'ry Day Be Christmas" is a definitive highlight. 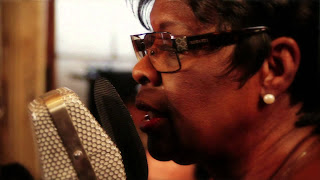