The story of Norwegian rock band Madrugada came to a sad halt when songwriter and guitarist Robert Burås was found dead in his apartment, possibly due to a drug overdose. The rest of the band finished the album they were working on at the time and called it a day after one last tour. Burås left an impressive legacy, and the song "The Frontman" is lifted from Madrugada's second album, 2001's The Nightly Disease. Thankfully the band's incredible singer Sivert Høyem embarked on a successful solo career after Madrugada split, but I have to say I miss Burås' songwriting and the dark, mysterious sound of the band. 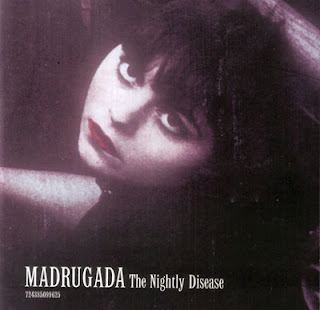