They created a monster hit with "Love The Way You Lie (Part II)" off Rihanna's 2010 album Loud, a different version of a song Eminem created with Skylar Grey on his own album that year, Recovery. Now Rihanna's returned the favor on the single "The Monster" off Eminem's long-awaited sequel to his big break-through album The Marshall Mathers LP from 2000, the recently released The Marshall Mathers LP 2. No awards for title originality, but it's at times a great album, and "The Monster" is among the tracks that lift it. And say what you will, Rihanna's and Eminem's voices blend well. 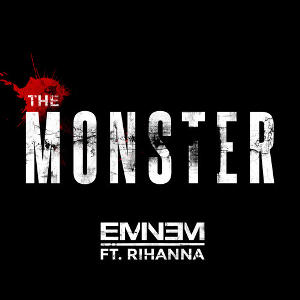