Monica Heldal - Boy From The North

Singer/songwriter Monica Heldal must be thrilled today as her recent debut album Boy From The North was nominated for two Spellemann awards, the Norwegian equivalent to the Grammies. On my personal best of list I put the album at number 10, it being the best British-sounding folk rock album I've heard all year, inspired by acts like Led Zeppelin, Rory Gallagher and Fairport Convention to name a few. The video for the awesome title track was released yesterday, featuring up-and-coming actor Frank Kjosås as the enigmatic title character. 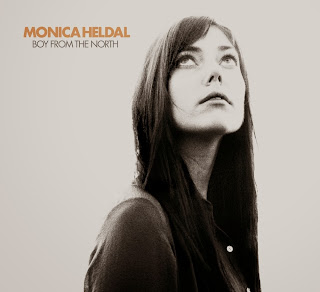