Chris Isaak - Talk To Me

Chris Isaak's 1985 debut album Silvertone - named after his band - is one of the most mesmerizing debut albums I know, a collection of songs that sound like the ghosts of old Sun Records singles. Isaak's impressive voice and his tight three-piece backing group sound like they've come from the graves of dead rock stars to haunt the living, but in a way that's so beautiful and decidedly cool that you just let them. "Talk To Me" is one of the prime examples of this exercise, and to this day Silvertone still reigns as the king of Chris Isaak albums. 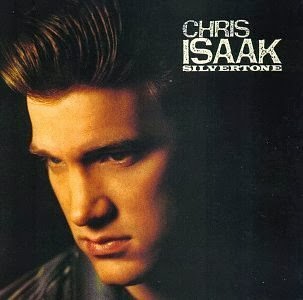