My favourite country Christmas song, Nitty Gritty Dirt Band's "Colorado Christmas" conjures all the right emotions. It's about a guy celebrating Christmas in Los Angeles, dreaming his way back home to his beloved Rocky Mountains, and the arrangement with Jim Ibbotson's gently picked mandolin and Jeff Hanna's sweet voice in the foreground is really christmassy. It was written by the late Steve Goodman and is just a brilliant piece of songwriting. I think "Colorado Christmas" was released as a single in the late 80's, and it finally ended up on NGDB's 1997 record called The Christmas Album. 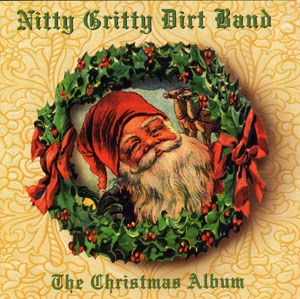