Happy birthday to Keith Richards who is 70 years old today! Who would've thought? The celebrated Rolling Stones guitarist has one of the most easily recognizable playing styles in all of popular music, and may just be the best riff guitarist in the world. He's more than adept at doing solos too, of course, but his riffs has colored songs like "Jumpin' Jack Flash", "(I Can't Get No) Satisfaction", "Start Me Up" and the rest, just as much as the actual melodies. "Beast Of Burden" is another example, essentially a country song off the 1978 killer album Some Girls. The version below is a more recent live take where Keef gets to ever so subtly show off a bit. There are no grand gestures, just tons of studied coolness and attitude. Once again, happy birthday! 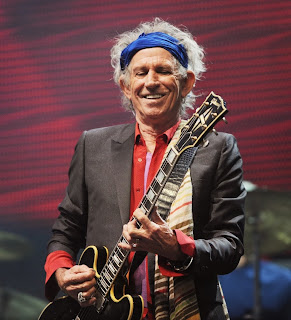