The dB's - Home For The Holidays

"Home For The Holidays" is a holly jolly pop song, written and performed by the band The dB's (led by Peter Holsapple). Initially it was just released as a limited edition promotion single in 1987, but later popped up on the I.R.S. Records compilation album Just In Time For Christmas (1990), also featuring songs by Squeeze, Wall Of Voodoo and others. "Home For The Holidays" is the best song on it by a mile... or more! 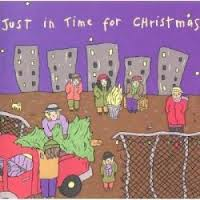