Cream's "I Feel Free" is a monster of a rock song that, typical of the time of its 1966 release, was omitted from the debut album Fresh Cream and only released as a single. In their native UK that is, it was included on the American version of the album. With its irresistable intro of repetitive humming, handclaps and a steady beat, it opens up for a semi-psychedelic and adventurous song. Co-written by bassist and singer Jack Bruce (Pete Brown is credited with writing the lyrics), it features a wonderful guitar solo from a young Eric Clapton and Ginger Baker's fabulous drumming skills. The mid-60's in a nutshell. 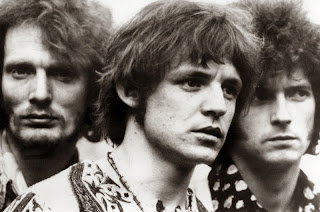