The Cure - The Upstairs Room

In the summer of 1983 The Cure released a four track 12" single with the songs "The Upstairs Room", "The Dream", "The Walk" and "Lament". "The Walk" was also released as an ordinary single, but it was "The Upstairs Room" that really hit my spot. The Cure had a brief period of flirting with synth-pop, and these singles were collected on a mini-album called Japanese Whispers where "The Love Cats" and "Let's Go To Bed" also were included. Great songs all. 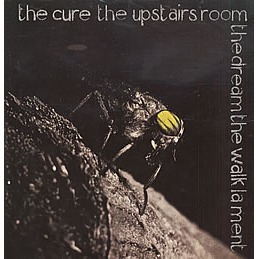