Prefab Sprout, one of my all-time favourite bands, finally returns with new music on October 7th. The 10 track album is called Crimson/Red and was posted on the band's Soundcloud page, then removed when it was discovered by fans. Some people did however download the album that was supposedly called The Devil Came A-Calling after one of its songs. Now all speculation may cease as it's officially declared that the album is being released as Crimson/Red. The songs are the same, but the running order is different: 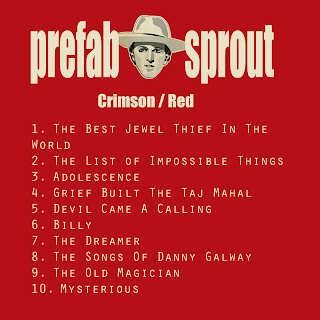 The album is indeed great and worth looking forward to. Meanwhile, here is the excellent song called "Billy":