The wonderful singer/songwriter Jonathan Wilson is seemingly born at the wrong time, sounding like he should be part of the Laurel Canyon scene at the turn of the 1970's, hanging out with people such as Crosby, Stills & Nash, Jackson Browne, Buffalo Springfield, Love and others. Although he released an early album in 2007, the 2011 album Gentle Spirit is considered his proper debut, featuring a score of atmospheric, dreamlike songs, augmented by Wilson's signature guitar playing and a bit of psychedelic overtones. These elements are also present on "Dear Friend", the first song to be released from his forthcoming album Fanfare (October 14th). It's more than seven minutes of pure beauty, a showcase for proper musicianship in a time and age where actual playing abilities seem to matter less than it used to. Listening to "Dear Friend", I can't wait to hear the album! 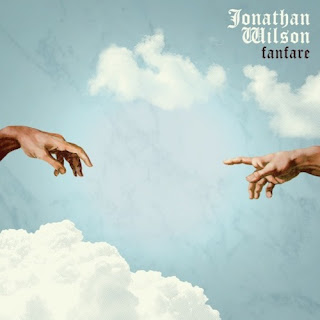