Van Morrison is one of my favourite singers. Actually, I have this theory: Either he's put on Earth by God to entertain us, being God's own toy if you will, or, on the other hand, that Van Morrison really is God. I find his voice so fantastic that's it pretty much otherworldly. On a more serious note, here's "No Religion", a song off his 1995 album Days Like This where he speculates in what the world would look like without religion, if you just had to rely on the facts. I guess it goes to show that Van Morrison has a natural curiosity, even though he's certainly a spiritual man. 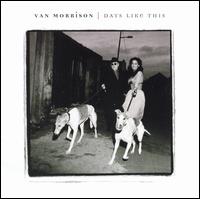