"Valentine's Day" is the fourth single and video to be released from the latest David Bowie album The Next Day. Not the most interesting of the new songs, it's still pretty good, a straightforward and catchy pop song that lasts a mere three minutes, and sometimes that's just as it should be. As opposed to earlier videos from the album, there's nothing controversial about the "Valentine's Day" clip, although Bowie who's the only performer here, sort of wears the make up from hell, looking as creepy as you've ever seen him. 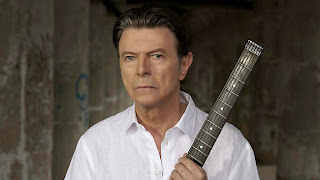