A show of hands for those who know Associates, please! Not many... Associates was a Scottish duo consisting of the extraordinarily gifted singer Billy Mackenzie and guitarist/keyboardist Alan Rankine. Associates was reduced to just being Mackenzie when Rankine left after the masterpiece Sulk (1982). Two years later Mackenzie released the follow-up album Perhaps, disappointing many hardcore fans, but pleasing some as well, like me. Perhaps is not as adventurous an album as Sulk, but has got some excellent songs on it. The ballad "Breakfast" was the third single to be released from it, and also the album's best song by far. Mackenzie's vocals reaches the heavens and beyond, making the listener marvel at how it can be done. A beautiful performance from a man who sadly died far too young, at 39, when he took his own life in 1997. 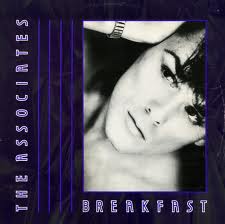