Naughty Boy is the guy behind one of this summer's best singles, the lovely "La La La", sung by golden-voiced Sam Smith. Naughty Boy (or Shahid Khan as he's known by his parents) is currently preparing his debut album Hotel Cabana for its August 26 release, and "Lifted" (sung by Scottish singer/songwriter Emeli Sandé) is the new single. Sandé was also guest singer on Naughty's debut single "Wonder" which is featured on the album as well. "Lifted" is a fabulous, upbeat song, if not as immediate as "La La La". It should still become a hit, and the album is apparently well worth waiting for. 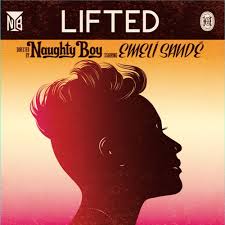