Tom Russell is among my favourite singer/songwriters, a true American songsmith that tunes right into the heart of the American experience, in very much the same way Bruce Springsteen does, but musically a bit more country-oriented, lyrically a bit more archeologically or historically adjusted to his subject matters. Just today I finished reading what struck me as a great modern American novel, Philipp Meyer's 2009 debut American Rust, which is a kind of up to date version of John Steinbeck's 1939 classic The Grapes Of Wrath. The similiarites between the depression era of the 1930s and the closing of American endeavours such as the steel industry and car factories are striking, and not that far apart timewise. American Rust deals with the end of the steel factories of the Monongahela Valley in Pennsylvania, a subject matter that Tom Russell dealt with in 1987, on the fabulous song "U.S. Steel" off the Tom Russell Band classic Road To Bayamon. It's eerie country rock that makes a shiver go through my spine every time I hear it. I truly sympathize with the people who see their whole world collapse around them, unable to do a thing about it. That's what the song "U.S. Steel" suggests, and what the novel American Rust is all about. Listen to the song, read the book! 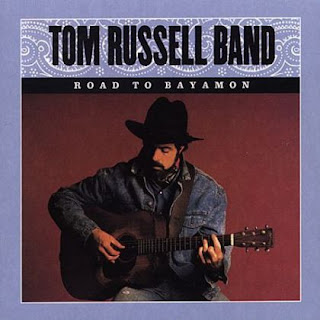