OK then, time to get serious. A recent result of pure madness was when some friends and I made our individual best of lists from each decade, starting with 50 songs from the 1950's, then a 100 each for the 60's, 70's, 80's, 90's and 00's. Any of these lists can be accessed in WiMP by clicking on the tags, but now I just felt like concentrating on what I regard as the best song of the entire decade spanning 2000 to 2009. That title goes to Norwegian band The Margarets who recorded four albums before disbanding some years ago, and I fully expect most people in the world to totally disagree with me. But needless to say, I'm a fan, equally needless to say, I regard "Alain Delon" as their finest moment. It was released as a double A-sided single along with "Rubber Rubbish" in 2001, and both songs - excellent as they are - popped up on their debut album What Kept You? in 2002. To me, this is pop music as good as it gets. Now, the good news is that three of the core members of The Margarets are back together under the moniker Giske (the name of the island on the west coast of Norway where they hail from) and will release an album this spring. I can't wait. 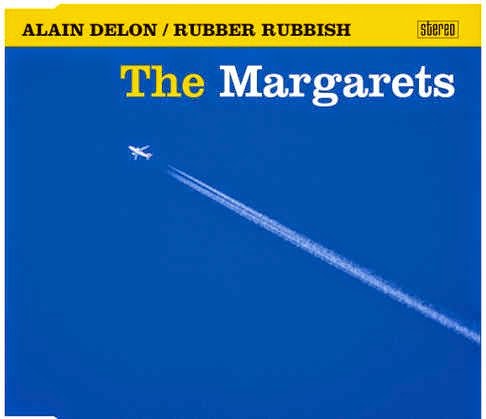