Mary Chapin Carpenter feat. Joe Diffie - Not Too Much To Ask

Along with the awesome Nanci Griffth, Mary Chapin Carpenter was my favourite female country singer of the late 80's and early 90's. She released a string of absolutely beautiful albums filled to the brim with heartfelt, gorgeous songs about the human condition, literate in style, timeless in matter. "Not Too Much To Ask" is a duet recorded with Joe Diffie for her fourth album, 1992's Come On, Come On, the kind of love song that speaks of the unequivocal devotion that really matters. 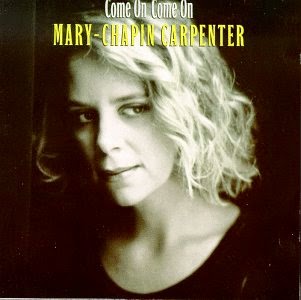