Bob Dylan - Stay With Me

I'm really excited about Bob Dylan's upcoming Shadows In The Night album on which he tackles 10 songs associated with the great Frank Sinatra. Last May the track "Full Moon And Empty Arms" was surprisngly posted on YouTube, and yesterday Dylan's version of "Stay With Me" was published as the second track from the album that will be released on February 2. It's a ballad written by Jerome Moross and Carolyn Leigh, and Dylan sings it beautifully. In a statement about the new record, his first since 2012's Tempest and first covers collection since 1993's World Gone Wrong, Dylan has said the following:

"It was a real privilege to make this album. I've wanted to do something like this for a long time but was never brave enough to approach 30-piece complicated arrangements and refine them down for a five-piece band.... I don't see myself as covering these songs in any way. They've been covered enough. Buried, as a matter a fact. What me and my band are basically doing is uncovering them. Lifting them out of the grave and bringing them into the light of day." 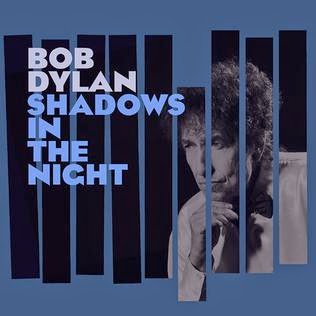