Talk Talk - It's My Life

"It's My Life" is one of the most original pop songs of the 1980's, in some ways an unexpected hit, in some ways understandibly so. Although not a megahit it did fare well, and has since become a classic, even covered by Gwen Stefani's pop band No Doubt in 2003. The title track off Talk Talk's second album, "It's My Life" was released in 1984, featuring a wonderful video by director Tim Pope who also worked with The Cure, The The and others. It shows singer Mark Hollis wandering around in a zoo, interspersed with Richard Attenborough style shots of animals in the wild. The song is a pop masterpiece, the result of exquisitely crafted songwriting and with a totally brilliant arrangement, epic and in some ways big, but at the same time mysteriously down to earth. Listen to the instrumental break starting at around 2:30 and you'll know what I mean. There is absolutely nothing wrong with "It's My Life". 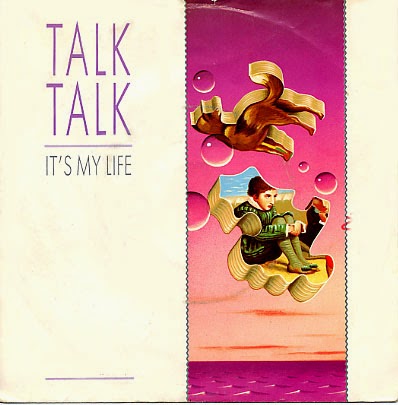