February 10 sees the release of Tomorrow Is My Turn, the Carolina Chocolate Drops singer Rhiannon Giddens' solo debut, which is one hell of a good album. I received an advance copy of the 11 track covers collection yesterday, and can only say that it's truly wonderful. Giddens tackles two songs made famous by Nina Simone, a mesmerizing, string-laden version of the title track and a hip hop-inspired take on "Black Is The Colour Of My True Love's Hair", as well as those of a wide range of other songwriters. By following the link below you can listen to a further two tracks, great versions both of Dolly Parton's "Don't Let It Trouble Your Mind" and Elizabeth Cotton's "Shake Sugaree". Combined these three tracks somewhat show the diversity of the album, but not quite. You'll be surprised to hear the breadth of Tomorrow Is My Turn, expertly produced by T-Bone Burnett, and possible the first really great album of 2015. 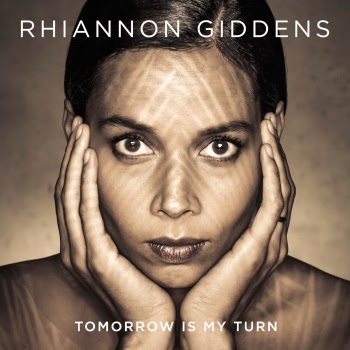