Great news for all Lloyd Cole fans, as he's currently compiling a large box set collecting all three of Lloyd Cole & The Commotions' albums in remastered form, as well as a disc of B-sides, one of rarities, and a DVD featuring TV footage and promo videos. Debut album Rattlesnakes (1984) is the established classic of the band's three albums whereas the follow-up, 1985's Clive Langer and Alan Winstanley-produced Easy Pieces has got a more dubious reputation for reasons beyond me. It has only briefly been available on CD so I really welcome the upcoming box set. The final Commotions album is 1987's Mainstream. There is no release date yet, but as far as I can tell the box set will be released through Universal in the course of 2015. While we wait, here's the exemplary pop song "Lost Weekend" off Easy Pieces. 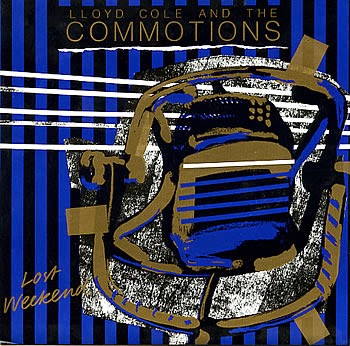