The Monroes was a Norwegian pop duo with several big hits in the 1980's. Lage Fosheim and Eivind Rølles were both in the band Broadway News, but it was with The Monroes they really experienced success. Debut single "Sunday People" is a shameless attempt to sound like Madness, and they do - with honours. It's a fabulous pop song, as good now as it was upon its 1983 release. The song was totally out of its time in a period where the expression "good to be Norwegian" was the best compliment you could give a struggling artist or a recording. This is actually a true Norwegian pop classic. 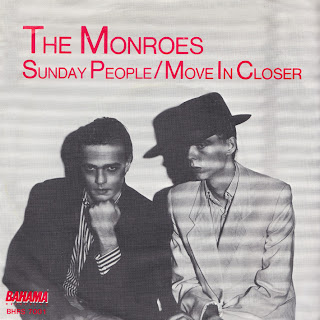