I'm still not quite sure about the new Madness album, Oui Oui Si Si Ja Ja Da Da, but what I am absolutely one hundred procent certain of is that the song "Never Knew Your Name" is a stunner. This is classic Madness melancholia, of the kind we know and love, from the early days of "Embarassment" and "Grey Day" to later songs such as "One Better Day" and "Johnny The Horse". Written by Mike Barson, it's the most immediate song on the new album, and I'm pretty sure it will stand up well amongst the other songs mentioned here as time passes. The clip below is from the British TV show Later... with Jools Holland. Wonderful stuff! 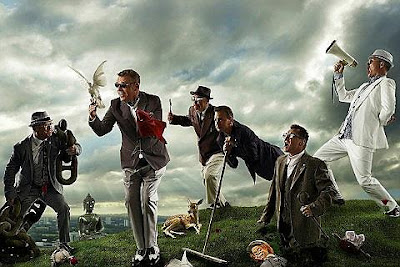