Although Peter Gabriel's first solo album featured the songs  "Solsbury Hill" and "Here Comes The Flood", it wasn't an especially memorable album, and  nor was its follow-up. On the third try, however, and for his third album in a row that was simply titled Peter Gabriel, everything fell into place. Released in 1980, it was an album way ahead of its time, a genuinely exciting world music album before the term was coined, where Gabriel blended traditional pop songs with global music that could be traced to Africa, the Middle East, the Himalayas, you name it. It's an astonishing album, and still his masterpiece, if you want my not so humble opinion on the matter. "Biko" was the last of its ten songs, written about the anti-apartheid activist Stephen Biko that was arrested by South African police and brutalized to the extent that he died from head injuries after two weeks of imprisonment. The song is a masterpiece, fusing different styles, even featuring a synthesized sound that emulates Scottish bagpipes. The version here was released in conjunction with the 1987 biopic Cry Freedom by Richard Attenborough Denzel Washington starred as Biko. 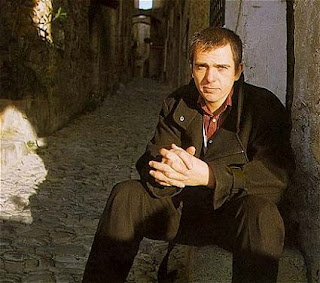