Eriksen - The Water Is Wide

I will not go into the origins or the history of the old folk song "The Water Is Wide" or the other names that it is known under, other than to refer to the Wikipedia article. What I do want to say is that one of the prettiest versions ever recorded is Norwegian. The brother/sister act Eriksen released four albums in the 1990's, and their second one was actually titled The Water Is Wide and released in 1994. Singer Rita Eriksen won a TV competition called Stjernekamp against a host of other Norwegian singers just this Saturday showing that her voice can do pretty much anything, but to be honest, her version of "The Water Is Wide" is still my favourite of hers. 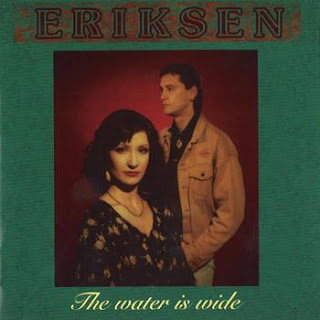