I had completely forgotten about Wisconsin band E*I*E*I*O until a friend reminded me about them this morning. They were what allmusic.com calls "one of the worst-named bands in Wisconsin history (if not all of rock & roll)", but a great roots rock band all the same. They released two albums, Land Of Opportunity (1986) and That Love Thang (1988) before calling it quits. They did however reform some years ago and released a new album simply titled E*I*E*I*O in 2007. "Go West Young Man" is classic fare though, from their 1986 debut album, and it still sounds fantastic. 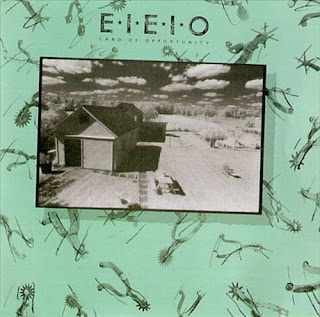