The Dream Academy - Life In A Northern Town

My God, this is such a beautiful song! The Dream Academy suffered an unjust fate as they delivered three excellent albums to little avail, but they did have a huge worldwide hit with debut single "Life In A Northern Town", deservedly so. It was released ahead of their brilliant debut album in 1985, written by singer/guitarist Nick Laird-Clowes and keyboardist Gilbert Gabriel. The band's third member was Kate St. John, the oboe-playing, golden-voiced and very pretty woman who's also been playing with Van Morrison, Tears For Fears, Nigel Kennedy, Bill Nelson, Kirsty MacColl and many others. But as good as the rest of their output was, The Dream Academy never recorded a song as good as "Life In A Northern Town". It's a complex, joyful and experimental pop song that deserves all the praise it has received over the years. 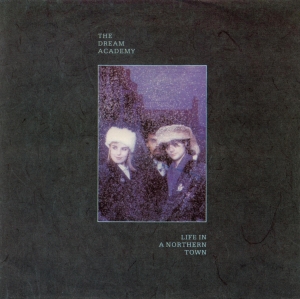