Jane's Addiction - Sympathy For The Devil and full Songs Of Anarchy Vol. 2 soundtrack

Jane's Addiction released a fine version of Rolling Stones' "Sympathy For The Devil" on their self-titled live debut album in 1987, and now Perry Farrell and his cohorts have revisited the song and made a proper studio recording for inclusion on the Songs Of Anarchy: Vol. 2 soundtrack compiled for the hit TV show Sons Of Anarchy. But there's more... below you'll find a link to "Sympathy..." and the rest of the soundtrack, including cast renditions of classic songs like Lulu's "To Sir With Love", Creedence Clearwater Revival's "Travelin' Band", Stevie Wonder's "Higher Love" and Iggy Pop's "The Passenger". The album will be released at the end of this month. 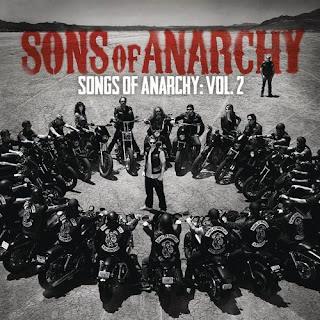