Of Monsters And Men - Little Talks

The success of Icelandic group Of Monsters And Men (a pun on John Steinbeck's novel Of Mice And Men) has passed me by, but I've finally caught up and fallen completely in love with their single "Little Talks", a duet between band members Nanna Bryndis Hilmarsdóttir and Ragnar "Raggi" Þórhallsson that reminds me of The Beautiful South. With joyful horns, chanting and a good beat, it's a pop song of the absolutely timeless kind, instantly catchy and enjoyable. The video is fantastic as well, an animated little film showing the band members wandering around in a sinister adventureworld filled with, yes, monsters. The song has been a worldwide hit in 2012, after its initial Icelandic release in 2011, lifted from their debut album My Head Is An Animal. 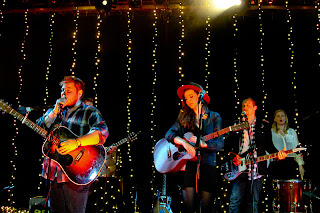 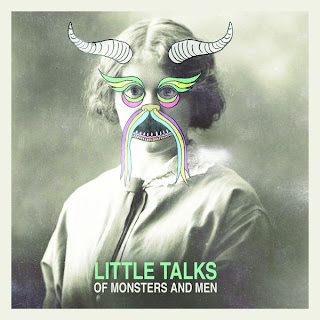