R.E.M. - Blue and That Someone Is You

R.E.M. intended to make a broader film project to promote their final album, 2011's Collapse Into Now, enlisting different directors to make special music videos to each song. I don't know if all the films were actually made, but this month the two videos directed by actor James Franco finally surfaced. Some weeks ago "Blue", the album's final track and duet with Patti Smith appeared, and just yesterday we got the wonderful little "That Someone Is You". The former song is dark and brooding, set to grainy images from a grey and/or nocturnal L.A. interspersed with similar images from a photo shoot with Lindsey Lohan, creating an eerie effect, whereas the latter also is consistent with the actual song as it's a lot lighter in tone, replicating scenes from the Grease movie where Franco himself plays the role of Danny Zuko. Both videos are really nice, and is very R.E.M.-ish.

"That Someone Is You" 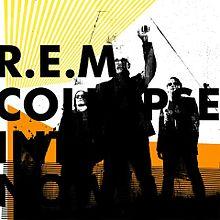